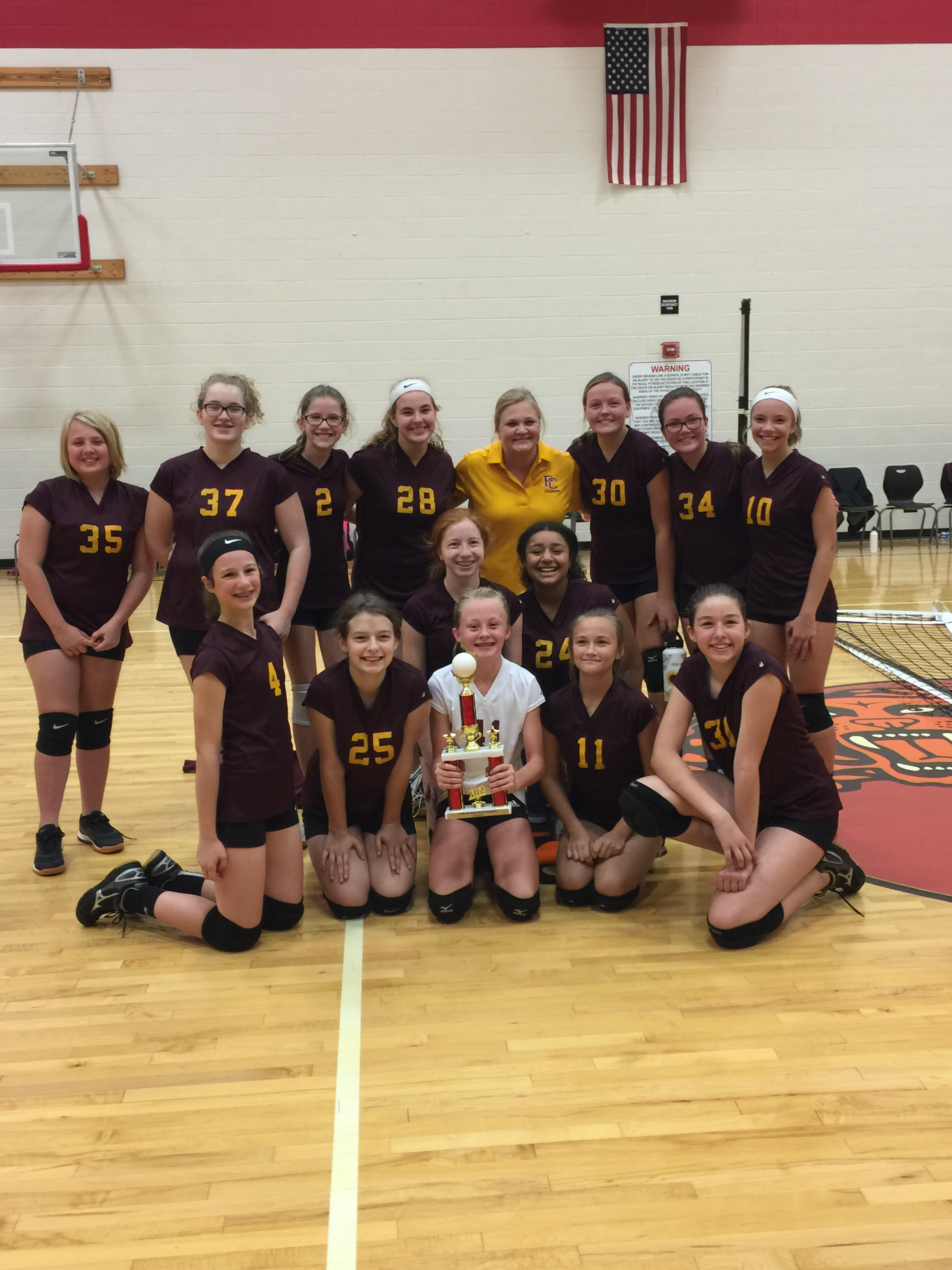 The 7th grade volleyball team took home the hardware this Saturday at the Gibson County tournament in Princeton. We beat Princeton in our first match in 2 sets, 25-3 and 25-21. The first set went quickly with 2 of our servers dominating the game, Eve Burns with 4 aces and Riley Moore with 5. They struggled a bit with communication in the second set but they were still able to pull out the win.

The championship game against Wood Memorial was a hard fought win. We lost to them in the regular season and the girls were determined to come out and show them what we could really do. We lost our first set 25-19, then won the second and third 25-17 and 15-12. I’m so proud of them for staying positive and battling as a team. No matter what Wood Memorial threw at us we set the ball up to hit at every opportunity. Baylie Rainey led the game with 4 kills and my libero, Izzy Luker, had 3 kills from the back row.

No Events This Week

Events are added by athletic staff.
View All Events